There is just something about British style that is so completely different compared to American style. Victoria Beckham is a style icon. She takes risks--most of which that pay off. And she doesn't let main stream media stop her from wearing what she wants to. I adore her fashion and Victoria Beckham Collection.

Victoria was interviewed for Elle Magazine last year. She looked so pretty that I knew that I would have to feature it in one of my posts. And its finally time. The styling was done by Joe Zee--an amazing man! I hope you enjoy! 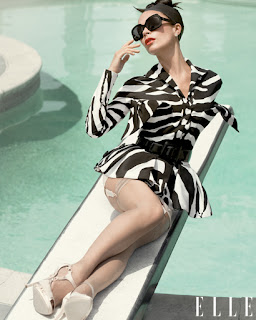 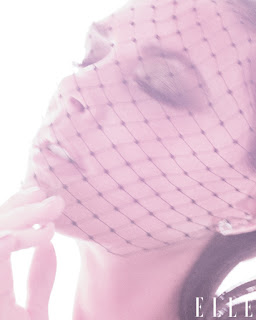 "When people say...'Poor you, it must've been really difficult'--poor me? I live in Beverly Hills. I'm very, very lucky. I wake up every morning and reconize I'm blessed." Beckham in a Dior Haute Couture jacket [left] and Diour Haute Couture veil [right]. 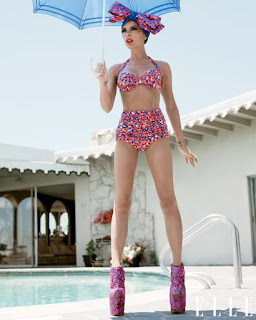 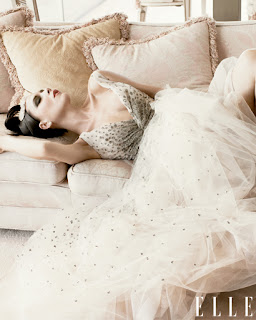 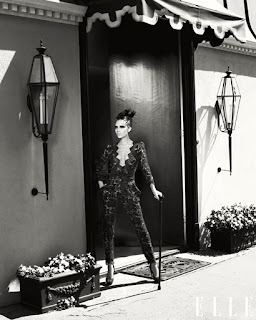 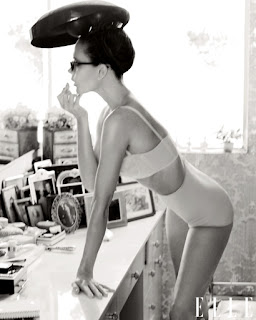 Beckham describes herself as the "squarest woman in Beverly Hills" who goes "to a normal movie theater" with her friends to screen, The Hangover. Bekcham in a Stella McCartney jumpsuit and Giorgio Armani Prive pumps [left].  Beckham in Dolce and Gabbana underwear [right]. 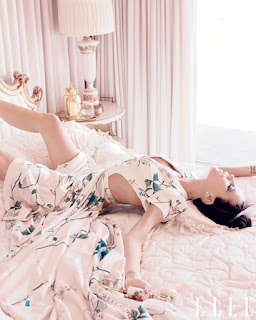 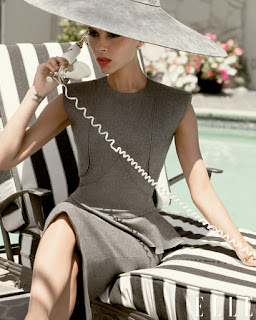 Eva Mendes, Backham's friend, described her as "the sexiest, most stylish mother in the world." Beckham in a Roberto Cavalli printed silk-gown [left] and Melange cashmere dress paired with a Stephen Jones for Giles leather hat [right].

If you have any celebrity's closet, who would it be? My answer would have to be either Victoria Beckham or Keira Knightley, British version. American version would be Anne Hathaway or Blake Lively. But my answers seem to be constantly changing. Who would you pick? Comment below!!
Posted by Viva La Fashion at 10:00 AM