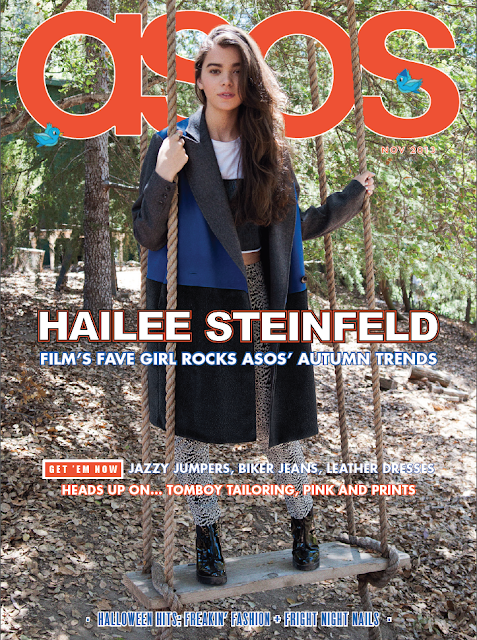 Hailee Steinfeld is only sixteen years old, an Academy Award nominee, and on the cover of this month's ASOS Magazine. In the spread is is rocking this autumn's best trends and taking some stunning photos--sometimes with the assistance of an adorable dog. One of her latest films, Romeo and Juliet, is set to premiere on October 11, 2013 with Hailee Steinfeld playing the young and beautiful, Juliet Capulet and Douglas Booth as the romantic and impulsive, Romeo Montague. And on November 1, 2013, Hailee has another huge release with the sci-fi adventure film, Ender's Game. Continue scrolling to see the photos from the shoot as well as a few quotes from the interview. 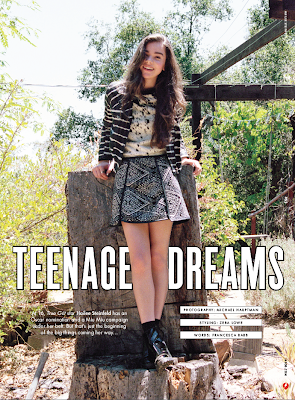 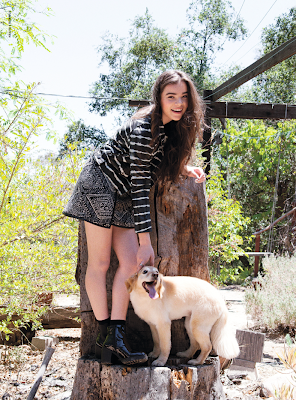 On compliments she gets from her performance in True Grit: "It's been three years since True Grit came out and yet people still seem to have so much faith in me. It's the most flattering thing, because people have only seen me in one film." 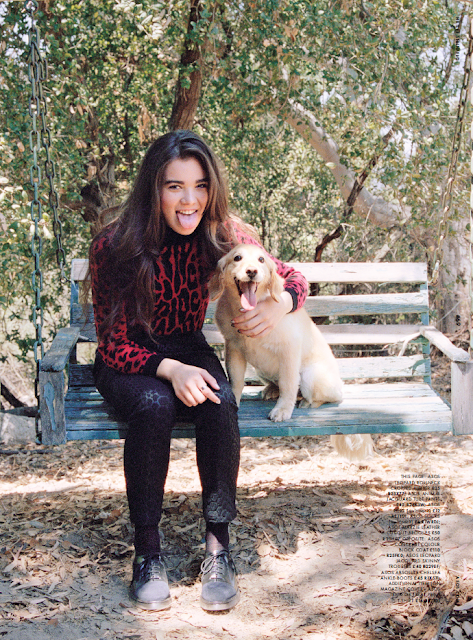 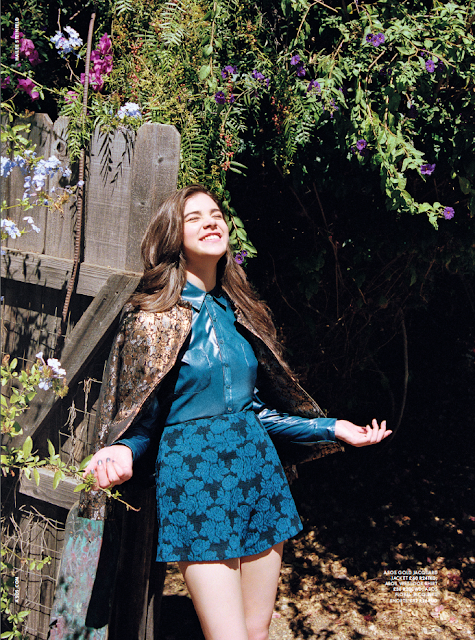 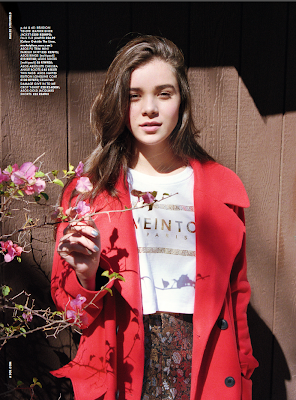 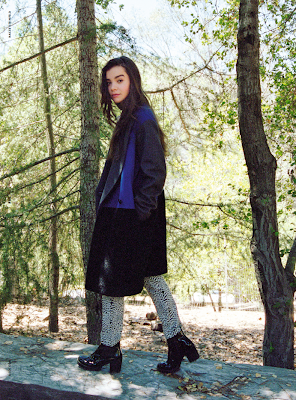 On her success: "I have moments where I'm like, 'Why me? This is unreal!' but I truly believe everything happens for a reason, so I just kind of go by that."

On her friendship with Jennifer Lawrence: "We totally hit if off doing the awards circuit. We saw each a lot that year [Hailee Steinfeld received critical acclaim for her role in True Grit the same year Jennifer Lawrence had her breakout role in Winter's Bone] and since the we'll see each other across the room, shout 'Hey dude!' and run up to each other--I love it when that happens."

To read the full article and to see the rest of the amazing articles in this month's issue of ASOS Magazine, be sure to click here! And don't forget to see Romeo and Juliet on October 11th and Ender's Game on November 1st.

Photos and quotes courtesy of http://us.asos.com
Posted by Viva La Fashion at 8:00 AM