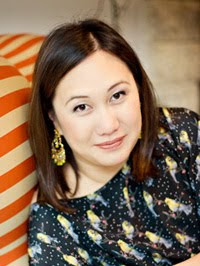 I don't think I have ever been this excited for a blog post. I got the wonderful opportunity to interview the lovely, Ms. Melissa de la Cruz, most commonly known as the author of the wildly popular Blue Bloods Series. Her newest book, Bloody Valentine

, was just released and I love it! Be sure to keep an eye open for a review in the next couple days. Isn't the cover stunning?

Which of the four girls [Deming, Bliss, Schuyler, or Mimi] is most like you?
They all have parts of me. Schuyler has a lot of my high school misery, a lot of my experiences I gave her, and her voice is very close to mine. Mimi is a lot like me when I "grew up." She says a lot of things that I think but never say. :) I also very much identify with the villain, so I love writing Mimi, she comes naturally to me. Bliss and Deming probably have less of my personality. I wanted to write about someone who was popular but felt like a misfit, from a good friend of mine who said she was popular in high school but she never felt like it. She always felt like a loser, which was so interesting to me. Deming is a badass, she's tough and no-nonsense, but her pride and arrogance and confidence are from me too - I definitely get into the "I'm always right" mode but then you find out you are so, so wrong... so that was cool writing her story. I love my girls, they're all part of me, and I care very much for their growth.
__
When did you decided that Bliss was going to have her own spin off series, Wolf Pact?
When I wrote Bliss's arc from the beginning, I knew her background, and I thought it would be nice for her to redeem herself in this manner - and I have a lot of affection for Bliss, her story "ends" in Blue Bloods a bit, but a new chapter is open to her in Wolf Pact.
__
This might be a bit of a spoiler alert for some readers--but you seem to have no qualms about killing off a character or two. [I won't name names] What makes you realize that it is the right time for a character?
Death is part of life, and grief, and dealing with death, especially in the story I'm writing, is part of it. You can't write about vampires and angels and demons and not have a body count. :) Some deaths I've known from the beginning and some were surprises. Sometimes a character knows too much and so he or she has to go. :)
__ 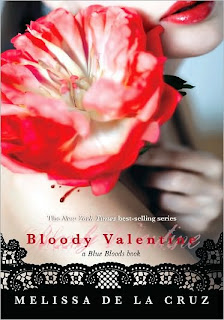 Also on that same note: Is there any chance that there will be a return of characters we thought were dead?
Wolf Pact brings back some of the characters since Bliss and the hellhounds travel back in time, so yes. They're back but only in the past. None of my characters will come back in the future. Dead is dead in my world. Otherwise, nothing has resonance.
__
I heard in an interview that you like to read cookbooks. Is this true?
I like to read cooking memoirs! :) Anything by Ruth Reichl, Anthony Bourdain, Julie Powell, I'm there. I like memoirs period. I just read the Battle Hymn of the Tiger Mother. So now I'm interested in mom memoirs. momoirs!
__
Mimi is such a fascinating character. One minute you despise her and then the next, you're on her side. Is it harder to write a character that is so complex?
No, Mimi is the easiest character to write! :) Schuyler is much harder for me - I'm very protective of Schuyler. Mimi is a lot of fun and she was easy to write from the very beginning.
__ 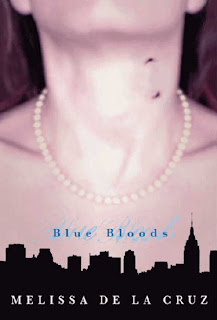 When will we be seeing Blue Bloods on the big or small screen?
Not anytime soon. I've turned down a lot of offers. I kind of like just writing the books for now. We'll see what happens, if the right opportunity arises, I'm open to it.
__
What are the differences between writing for Harper's Bazaar and writing the Blue Bloods Series?
Well, I mean that's just completely two different types of writing. When you write for a magazine, you write for the magazine's voice and readership. Your editor has a huge part in shaping the story, you're almost just a writer-for-hire, and you need to make sure your story fits the magazine's overall tone. It's more of a "job" let's say. Whereas Blue Bloods is a narrative, and it's pure play. I get to write about whatever I want, and I have the final decision on everything. It's my story, my book and my editor and publisher help me tell the story I want to write. It's awesome. I liked writing for magazines, but I love writing books.
__
And as this is a fashion blog here a few girly questions. If you could steal any celebrity's closet who would it be?
When I was younger Kate Moss was my biggest inspiration, but now I'm a mom, I really like Gwyneth Paltrow's wardrobe. Very minimal and mom friendly. I'm a fan of Goop!
__
How would you describe each of the main girl's fashion sense?
Schuyler: boho chic, Mimi: spoiled socialite style, Bliss: All-American sweetheart, Deming: venator black.
++ 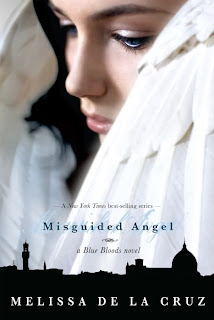 In a fantasy world where money is not a factor. Jimmy Choo or Christian Louboutin?
Louboutin, all the way. You can't go wrong with the red sole!

Keep an eye out for Melissa's next book, Witches of East End, which you can pre-order on Amazon.com. If you want more Melissa de la Cruz check out her website and her oh, so fashionable shopping diary.
Posted by Viva La Fashion at 10:00 AM